This UNESCO world heritage site, a spectacular rock fortress, is one of Sri lanka’s major attractions. Sigiriya has located in the northern extremity of the Matale district, above 350 meters sigiriya has a striking geological profile being a rocky outcrop ( monodnock), in the semi- highland zone. It is one of Sri Lanka’s ancient political capitals and most sensational archaeological heritage.
There’s sufficient archaeological evidence to prove that the history of sigiriya goes back to pre-historic times.
Subsequent to this, archaeological interest is centred on caves around Sigiriya rock which where built up as cave-shelters from the 3rd century B.C. These cave-shelters with drip-ledges were used by monks of the early Buddhist period and the brahmi rock inscriptions throw light on Buddhist religious activities of the period. However, interest in sigiriya today is focused on the constructional activities of king kashyapa ( A.D. 477-495). Kashyapa was a son of king Dhatusena ( A.D.459-477) by a lesser queen; hence his right to the throne wasn’t a strong one. Assuming the kingship by a palace conspiracy, which led to the execution of his father, kashyapa chose to make sigiriya his seat of administration and reigned for 18years.
The most impressive facets of the unique complex are the water gardens, the forescoes of beautiful maidens, the mirror wall with ancient graffiti, the lion platform and the summit of 1.6 hectares, which was completely covered by buildings during the period of sigiriya’s glory. 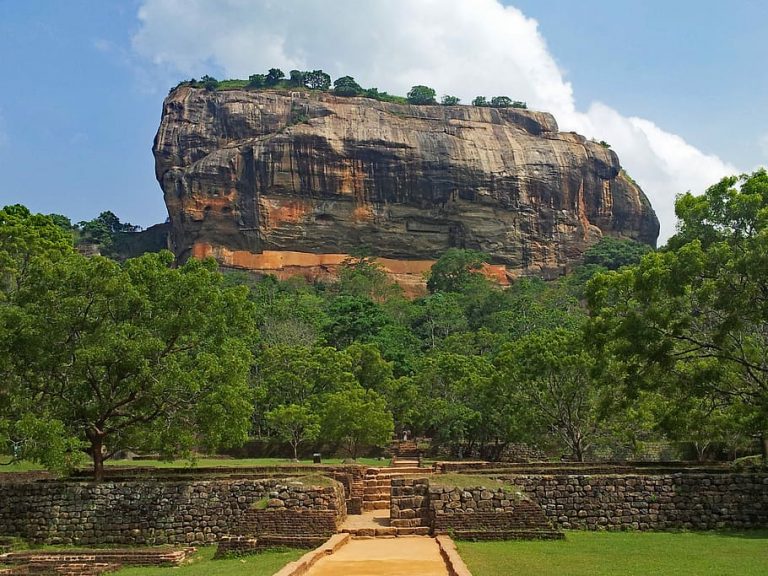 Anuradapura is a major city in sri Lanka and is one of the ancient capitals of sri Lanka. It is famous for its well-preserved ruins of an ancient sinhala civilization. It was the third capital of the kingdom of Rajarata, following the kingdoms of Tambapanni and Upatissa nuwara.
The city is a world heritage site, was the centre of Theravada buddhism for many centuries. The ruins of Anuradapura are one of south Asia’s most evocative sights. This ancient city contains brick stupas, ancient pools and crumbling temples, built during Anuradapura’s thousand years of rule over Sri Lanka.
Here you can see Abhayagiri dagaba dating back to the 1st cenury BC. This dagaba is over 100m high and it was one of the greatest stupas in this sacred history. And also Ruwanweliseya dagaba is a magnificent and it has used a wall with a frieze of 344 elephants standing shoulder to shoulder. This stupa has built by king dutugemunu.
And also Sri maha bodhiya, Jetawanarama dagaba, Archaeological museum, Isurumuni vihara, kuttam pokuna & many more things you can see here. 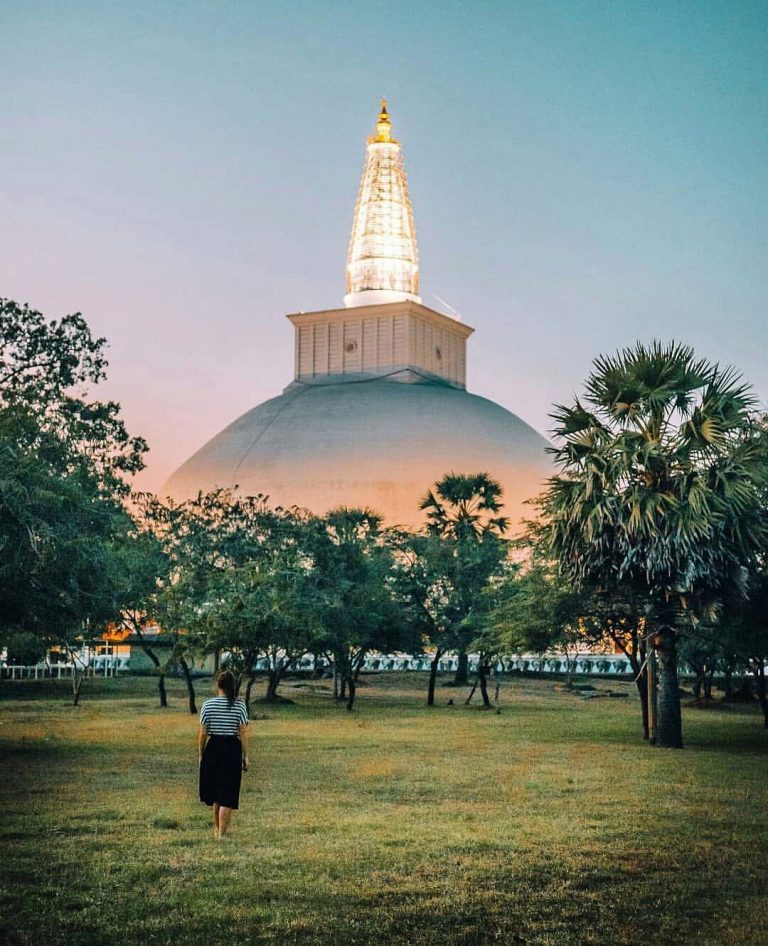 Kandy is a major city in Sri Lanka, located in the central province & this is the Sri Lanka’s second largest Sinhalese kingdom. You can enjoys a scenic settings around a lake surrounded by green hills. Home to the temple of the sacred tooth relic, said to house buddha’s tooth. This is a one of the most sacred places of worship in the buddhist world. It was declared a world heritage site by UNESCO in 1988.
Each August the city also hosts the spectacular perahera festival featuring dancers, fire breathers and lavishly decorated elephants.
And also dominating the town is kandy lake. A leisurely stroll around it, with a few stops on the lakeside seats, is a pleasant way to spend a few hours. Due to some past cases of harassment, single women sholdn’t walk here alone after dark. This lake is artificial and was created in 1807 by Sri wickrama rajasinha, the last ruler of the kingdom of kandy.
When you visit to kandy there are a lot of things to see. You can visit temple of the sacred tooth relic, pinnawala elephant orphanage, royal botanical garden, gem museums, cultural dancing show & many more. So, when you travelling to Sri Lanka don’t miss to visit kandy! 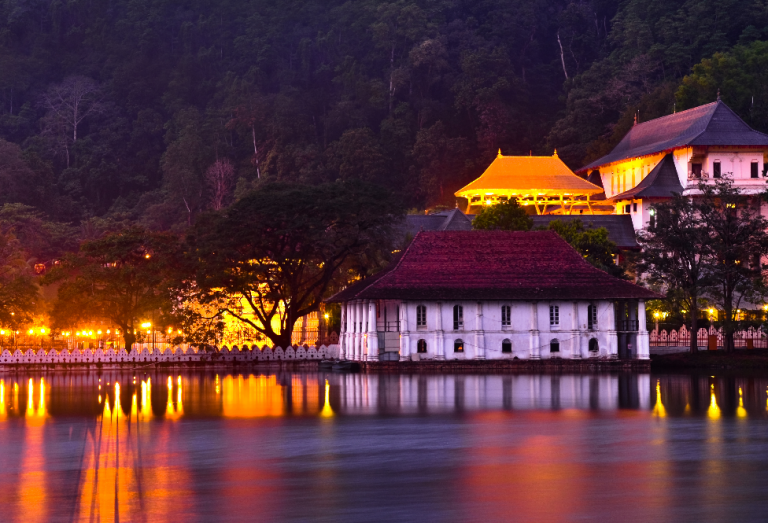 This medieval city, a UNESCO world heritage site, rose to fame as the capital ( 10th-12th century A.D. ) after the decline of Anuradapura. The entire landscape of the region is punctuated by huge man-made reservoirs, the most famous of which is parakrama samudra or the sea of parakrama, larger in size than the colombo harbour.
Polonnaruwa is the second most ancient of sri lanka’s kingdom. Polonnaruwa was first declared the capital city by king vijayabahu, who defeated the chola invaders from southern india in 1070 A.D. to reunite the country once more under a local leader. Over the following three centuries polonnaruwa became a thriving commercial and religious centre, reaching its zenith under king parakramabahu In the 12th century. He created beautiful parks, huge buildings, and an enormous tank ( reservoir) which acted both as a defensive border against intruders and as an important water source.
Today the archaeological park contains many well-preserved ruins within a compact area. Start with a visit to the Polonnaruwa museum where you can learn about the site in more detail, before heading out to gal viharaya, a Buddhist shrine where four statues of loard Buddha are carved out of the rock. Include the site of Nissanka latha mandapaya which boasts well-preserved stone columns. The impressive Lankathilaka temple & the ruined stone walls of the royal palace.
Some of the best examples of hindu gods, fascinating Buddhist temples, watadage , the galpotha, the lotus bath, the kiri vihare dagaba and the remains of a former temple of the tooth are other impressive sights.

Close Menu
Manage Cookie Consent
To provide the best experiences, we use technologies like cookies to store and/or access device information. Consenting to these technologies will allow us to process data such as browsing behavior or unique IDs on this site. Not consenting or withdrawing consent, may adversely affect certain features and functions.
Manage options Manage services Manage vendors Read more about these purposes
View preferences
{title} {title} {title}